Robin D. Wittenstein, Chief Executive Officer of Denver Health, is an executive with more than 35 years of experience in the health care industry, serving communities through leadership roles in a number of hospitals, including an academic medical center, complex teaching hospitals and safety net hospitals.

Prior to leading Denver Health, Wittenstein was Chief Population Health Officer (CPHO) at Penn State Health, where she oversaw the health care system’s network of clinics and academic affiliate hospitals across central Pennsylvania. She was Penn State Health’s Chief Operating Officer (COO) for five years prior to the CPHO appointment. Before that, Wittenstein was the president and CEO of University Hospital and University of Medicine and Dentistry of New Jersey in Newark, New Jersey, where she was responsible for strategic direction, operation and financial management and quality performance for the 519-bed medical center.

Dr. Wittenstein earned her bachelor’s degree in health planning and administration from Penn State, her MBA in health administration from the University of Miami and a doctorate of education from George Washington University. Dr. Wittenstein has served on numerous hospital alliance, health care and research foundation coalition boards, and continues to chair an interest committee of biomedical research in New York. 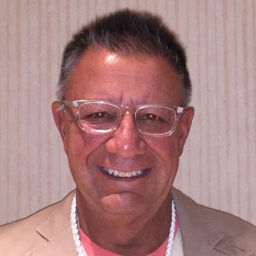